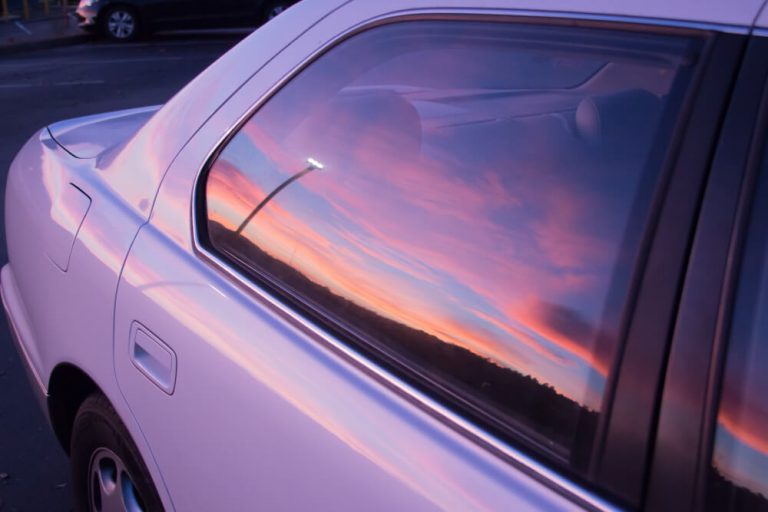 Adding tint to the windows of your vehicle provides you with privacy and keeps out the sun. But if the window tint is too low, it can be very difficult to drive at night. The amount of tint that a person can see through depends on the driver and their eyesight.

Table of Contents show
1 Can You See Through 35% Window Tint At Night?
1.1 Not being able to see at night with tinting is a common concern.
1.2 Window tinting doesn’t mean you’re doing something wrong!
2 Which Level of Tint Works Well for People Who Cannot See at Night?
3 How do window tints work?
4 Window tinting laws
5 How to test out a window tint?
6 Conclusion

Can You See Through 35% Window Tint At Night?

There is nothing more luxurious than adding tint to your vehicle’s windows. With the right amount of window tint, the tint will prevent other drivers on the road, as well as pedestrians, from looking into your car or truck.

You can talk to yourself as much as you want and make wild hand gestures or sing at the top of your lungs and never have to worry about anyone watching you.

Not being able to see at night with tinting is a common concern.

But some people hesitate to add tint to their vehicle’s windows because they fear that it may be difficult for them to see through the tint at night.

It is a common concern and window tinting companies are working hard to address this fear and put it to rest.

Vehicle window tinting has been around for more than 30 years. In that time, there has been no link between the rise of car crashes at night and cars that have window tinting.

What is the person hiding inside the vehicle? Why don’t they want people to look inside? It is just like the red car phenomenon. In the study conducted in the United States, red cars are the most common vehicles to get pulled over by the police, even if they are doing nothing wrong.

However, no amount of window tint is worth driving in dangerous conditions and getting into accidents. Some people are unable to have even the slightest grade of tint on their vehicle’s windows because it prevents them from seeing the traffic around them.

Many states, as well as towns, counties, and cities, have restrictions on the level of tint on different parts of vehicles’ windows. These laws are for the safety of the driver, as well as the other vehicles on the road.

Some laws state the front window of a vehicle can’t be lower than 50% However, the side front and back windows can have a much darker tint.

That being said, most people can drive in vehicles that have 35% window tint. This is why many laws around window tinting do not allow tinting to drop less than 35% for passenger vehicles.

If you are riding in a limo, you can expect the window tint on limos to be much lower than 35%. This is because there are separate laws for passenger vehicles and limos when it comes to tinting.

Which Level of Tint Works Well for People Who Cannot See at Night?

If you still want a window tint on your car, but you can not see at night, you can get a higher window tint. It will not be as private as you would like, but a higher grade will make it safe for you to drive at night.

How do window tints work?

If you are unfamiliar with window tinting, then just know that the percentage numbers work in reverse. If the person tinting your vehicle’s window asks you if you want 20% window tint or 35% tint, you may think that the 35% tint is the darker tint. But this is a common misconception.

The lower the number, the darker the tint. In this case, the 20% tint is much darker than the 35% tint.

There is no one universal window tinting law for vehicles. So you must check the window tint laws for your city and state.

Different types of window on a single vehicle can have different window tinting grades. Some laws do not allow a person with a driving permit to drive vehicles with tinted windows.

Many laws regulate the amount of tint that can be applied to the front window of a vehicle. Most laws say that normal passenger cars and trucks cannot have the window tint on their front window that is lower than 70%. As you now know, due to the window tinting rule above, 70% is not that dark at all.

How to test out a window tint?

If you are still unsure about adding a 35% window tint to your vehicle, there’s a way you can test it out and see if you can see through it at night.

There is a company called Evofilm film that creates temporary window tints. The tint films are easy to apply to the windows of a car or truck.

Window tint does not have to be placed onto the windows of a vehicle by a specialist; it can be placed on by the owner of the vehicle. Once the tint is applied, it can easily be removed. The window tinting comes in different grades so you can test out different levels of window tint and see which one is best for you.

Read also: Can You Use AC after Tinting Windows

Many people believe that a 35% window tint is too low of a tint grade level to see at night. But many laws stop vehicles from having a window tinting level that was below 35%. So 35% must be a safe level.

There is a company that sells temporary window tint in different grades. You can use this company to try out different window tint grades at night time to see which one is best for you to drive at night.

Can a Bad Flywheel Cause Starting Problems? (Explained)