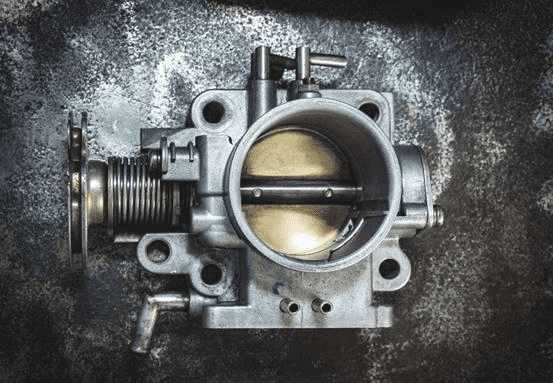 A bad throttle body can cause multiple problems for your car and engine, and that includes preventing the car from starting when you try to turn on the ignition. The car will also stall and turn off when idling. Also, the throttle position sensor could disconnect or become corrupted. So, here’s how you know if you have a problem with the throttle body and what you can do about it.

Can a bad throttle body cause a car not to start?

Yes, a bad throttle body can cause a car not to start, and that is because of two reasons. First, the throttle body is not allowing the right amount of air into the combustion chamber so there is no spark to set off the ignition. Second, there could be an issue with the throttle body sensor which would prevent the latch inside the throttle from opening and allowing enough air through.

The purpose of the throttle body is to control the level of air going into the engine. The throttle sensors detect the amount of fuel in the combustion chamber and provide the right amount of air so the two can mix together. Then the air-fuel mixture ignites in the chamber and provides power to the pistons and cylinders in the middle of the engine. If the right air-fuel mixture can’t be mixed in the engine, a whole host of problems start happening.

As I said above, there are two main reasons for throttle body issues: a dirty or old throttle body that became coated with contaminants or damages from a road accident, or problems with extra air bypassing the throttle sensor. The throttle sensors control the amount of air that the air intake system allows into the engine manifold to mix with the fuel.

So, what would cause your vehicle’s throttle body to get dirty or contaminated? One reason for the dirt and contamination in a throttle body is the level of particles, pollen, and dirt in the air. Air contains particles, whether we see them or not.

Air can become dirtier because of problems in the environment, like a forest fire, rising smog levels, heavy winds blowing dirt, and new construction work kicking up dirt.

Now, it is the job of the air filter to catch these particles before they reach the throttle, but no filter is perfect. Either the air filter can’t catch extremely tiny particles, or it is too dirty and needs to be clean to work properly.

Damaged from an accident

If your vehicle was part of a very accident, the accident could have damaged the throttle or the butterfly valve inside it. Physical damage would prevent it from opening and closing correctly. It’s not as easy to remove a dent from an engine part as it is to get it out of the vehicle’s body. So, replacing the throttle may be your only option

Instead, the air is bypassing the throttle and finding its way into the manifold. This means there is more air in the engine than what the sensors allowed, throwing off the air-fuel mix and ruining the combustion process.

What happens if your throttle body goes bad?

When the throttle body is dirty, damaged, or breaking, the valve in the throttle can’t open wide enough to provide the right amount of air for the fuel in the chamber. And when there is a leak, too much air enters the engine.

So, what happens to your car when the throttle goes bad?

When you come to a stop or a red light, your car will stall and stop working, and shut down. This will make your car impossible to drive and you may have to push it to the side of the road.

A bad throttle will force your car to use much more gas than it needs to go a certain distance. So not only will your car perform worse than usual, but you will also lose a lot of money at the gas station.

Finally, when you have a bad throttle body in your air intake system, your vehicle will have the check engine light on constantly. If you see this light on, please don’t ignore it. Get to the mechanic as soon as you can to diagnose the problem.

When does a throttle body need to be replaced?

We know what would cause a throttle body to go bad and what would happen if we drove around with a bad throttle. But what signs do we look for to know if it is officially time to replace the throttle? There are several signs to consider, including:

● Cracks, dents, or a broken butterfly valve – If there is enough damage to the throttle to the point where the valve does not open and close correctly, a replacement valve is the only way to correct this issue. It would probably cost you just as much to buy a new valve as it would repair your current damaged one, so just buy a new throttle.

● Rust – Rust is the killer of millions of vehicle engines and finding rust in the throttle body is not a good sign. Not only that but rust usually means there is some kind of leak that you must also repair.

● Too dirty – if particles and contamination have home their new home in the valve of the air throttle, no amount of scrubbing or scraping can get it off. But try to remove all of the dirt and buildup first by using a throttle cleaner.

Read also: Does a new throttle body need to be reprogrammed?