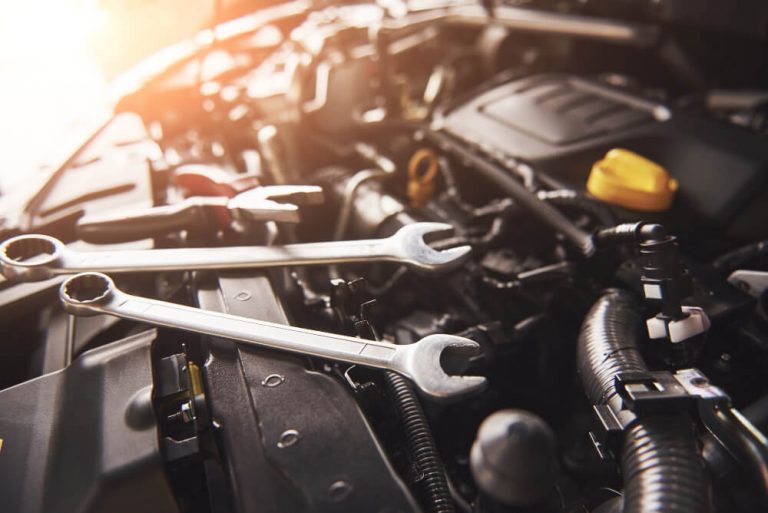 High idling happens when a vehicle makes loud revving sounds when it is sitting at a stop sign or stoplight, in park, or in neutral. The main causes of high idling noises are a blown fuse, a vacuum leak, a damaged control valve, and coolant sensor failure.

Table of Contents show
1 What are the four causes of high idle in park and neutral?
2 What does high idle mean?
3 What are the symptoms of high idling?
4 How to fix high idle issues
4.1 The faulty coolant sensor
4.2 The vacuum leak
4.3 The control valve
4.4 A blown fuse
5 Conclusion

What are the four causes of high idle in park and neutral?

There are many reasons why a vehicle can experience High idling when it is in park or neutral. But not all of these reasons are common or happen often. To make it easy, we will just list the four most common reasons for high idling.

There are 4 most common reasons why an engine has a rough, loud, or shaky idle when it is in the parking position or in neutral.

A blown fuse – when a fuse blows inside the engine, it could cause the IAC motor to stop working correctly. This will cause the engine to idle at a higher speed.

A vacuum leak – this is definitely a serious issue. When the oxygen sensor within the engine detects that there is more oxygen entering into the internal combustion system, the engine will have to compensate for the extra air with extra fuel. So there will be more air and more fuel in an engine that does not require it, which will result in a high idle.

A damaged control valve – when the control valve does not work as it should, it will prevent a steady flow of air from entering into the engine. When the Air does not enter into the internal combustion system neither will the fuel. The loss of both air and fuel will cause the engine to stall.

A coolant sensor failure – When the coolant sensor is not working properly, it may constantly detect the engine as running cold when it is hot or running hot when it is actually cold. This will cause the engine to burn more fuel and cause the vehicle to stall while driving. It can also cause rough idling and shaking.

What does high idle mean?

When a vehicle is in high idle, that means that there is far too much movement, shaking, revving, or noise coming from the engine when it is in idle.

If the engine of your car sounds like it is speeding down the highway while idling at a stop sign, then there is an issue that you have to deal with quickly.

When a vehicle engine is idling normally, then the driver and any passengers should not feel any excessive shaking. They should also not hear any strange high pitch or low pitch noises coming from the engine.

What are the symptoms of high idling?

If you hear your vehicle constantly revving as if you are burning rubber on an empty freeway, then your vehicle is experiencing high idling. Along with the more intense engine noise, high idling also causes the vehicle to shake. Too much shaking can become detrimental to much of the engine. If your vehicle shakes a lot, you must take it to your mechanic as soon as possible. Waiting too long can cause much more damage to the engine.

Another sign that the vehicle is high idling is if it takes more and more fuel to travel the same distance. As long as the engine is on, the engine is burning fuel. The normally functioning engine will burn a small amount of fuel when it is idling in park or in neutral.

But when a vehicle is going through high idling, it will burn much more fuel. This is because there is more power demand on the engine, even though the vehicle is not going anywhere.

How to fix high idle issues

The work and labor of a good mechanic can fix all of the issues that cause rough idling. Here is how a mechanic, or someone who knows their way around cars, will fix these issues.

If the issue is a faulty coolant sensor, then replacing the sensor will fix the issue. The average cost of a coolant sensor is $82 to $105. Once the mechanic installs a new sensor, the fuel economy will improve and the idle will go away.

Replacing a faulty coolant or blown fuse, repairing a vacuum leak, and cleaning out the control valve are the most common ways to stop a vehicle from high idling when it is in park or in neutral. One symptom of high idling, besides the loud revving sound, is if the fuel consumption jumps up dramatically or the engine shakes too much.

Idling is normal for all vehicles, but the sounds that occur when a vehicle is idling should be in normal range for the type of vehicle. Diesel engines are much louder than gasoline engines, but they have their own idling sounds. It is important to fix the causes of an engine’s high idle or else the damage can spread to other parts of the engine.

7 reasons why engine knocks when it is cold

Do hybrid cars need to be charged? (Answered)