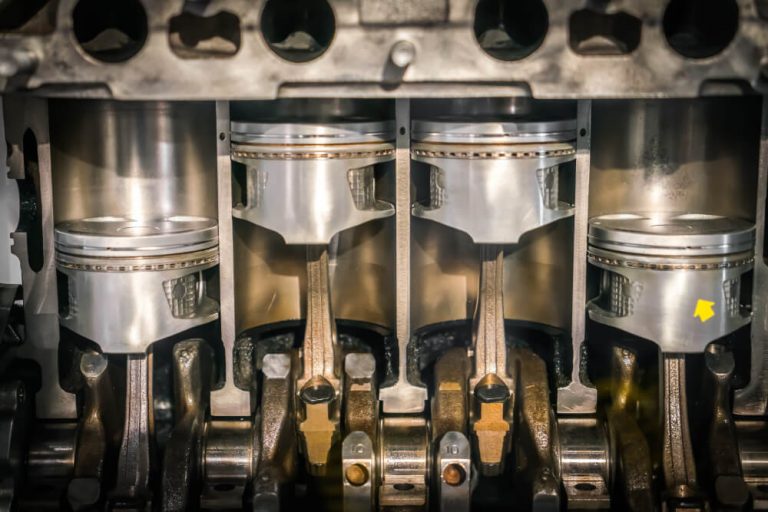 The sound of an engine knocking does not necessarily mean there is an expensive repair coming your way. An engine may knock because the cold is delaying certain mechanical parts or the piston is not aligned inside the cylinder. Also, the engine must adapt to the new motor oil, and the air-to-fuel mixture inside the combustion chamber is not at the correct levels.

Table of Contents show
1 Reasons why an engine knocks when it is cold
2 How to fix engine knocking sounds
2.1 Piston slapping
2.2 The engine is old
2.3 The valve lifters are sticky
2.4 Heavier motor oil in the engine
2.5 Air to fuel mixture is off
2.6 Oil motor is old
3 Conclusion

Reasons why an engine knocks when it is cold

These issues may have been around during the summertime, but the winter cold can make these issues worse. This is especially true in older cars.

The sounds of an engine knocking do not mean that there is one specific issue happening in the engine. Knocking sounds are the symptoms of a myriad of different issues.

Here are just a few reasons why your engine is making a knocking sound.

These are the most common reasons why an engine makes a knocking sound during the winter.

How to fix engine knocking sounds

Fixing the cause of the knocking sound depends on the problem. To get an accurate assessment of the issues in your engine system, go to your mechanic and have them use their diagnostic assessment tools to communicate with your vehicle’s engine system.

If the knocking sounds are a result of a piston slap, then you have to wait for the engine to be thoroughly warm. There is no need to call a mechanic. The piston slap is just a sign that your vehicle is getting older.

However, a piston slapping could be a terrible sign that your vehicle is about to break down if there is blue smoke coming from the engine when the pistons slap down and make the knocking noise. What does blue smoke mean in this case?

If you do not, the damage could spread to other parts of the engine and these parts would be very expensive to replace.

The engine is old

One way to improve the knocking sounds coming from your engine is to allow your vehicle to warm up thoroughly before driving it down the road. As cars and trucks get older, their parts will slow down and become less efficient. It is just something that happens with time.

There isn’t much you can do to stop knocking sounds in an old engine. Just take it for a checkup whenever it is time to do so and be sure to clean out dirty motor oil when it begins to build up.

The valve lifters are sticky

Valve lifters are important parts of your vehicle’s internal combustion engine. When these valve lifters become sticky, it is usually because the car has not moved in quite a while or it is not changed often enough. You can clean sticky valve lifters with special engine cleaning products.

Heavier motor oil in the engine

A vehicle needs time to get used to a new type of motor oil. Allowing the vehicle to warm up all the way will heat up the heavier motor oil and make it easier for the oil to coat all of the moving parts of an engine.

The engine normally uses a lighter oil but that doesn’t mean it can’t adjust. The parts of an engine will operate smoothly because the oil is not thick or won’t have a sludge-like consistency.

Air to fuel mixture is off

The knocking sounds from an engine can appear because the air and fuel mixture inside the combustion chamber not being at the right levels. If this is the reason, then something may be wrong with the sensors or the injectors.

The sensors are not sensing the right amount of air and fuel fumes. You or a mechanic can access your vehicle’s diagnostic system to learn more about this issue.

If the reason for the knocking sounds is old dirty oil spreading around the engine, then it is time to flush the engine. Dirty oils can stop or slow small moving parts and slow down large parts of an engine. An engine flush is a routine maintenance procedure that should happen every 12,000 to 15,000 miles.

There are several reasons why an engine could produce knocking sounds when it is wintertime. In order to know exactly what the problem is, take your vehicle to your mechanic. If the air to fuel mixture is not correct inside the combustion Chambers, there could be an issue with the sensors.

If there is dirty motor oil spreading around the engine, it could be time for an engine flush. If dirty and sticky valve lifters are causing the knocking sounds, it is best to clean the valve lifters with special cleaning products.

An old car with an old engine will produce knocking sounds in the winter because the engine isn’t as efficient as it used to be. Routine maintenance is critical to keep an old vehicle running.

4 causes of High Idle in Park and Neutral