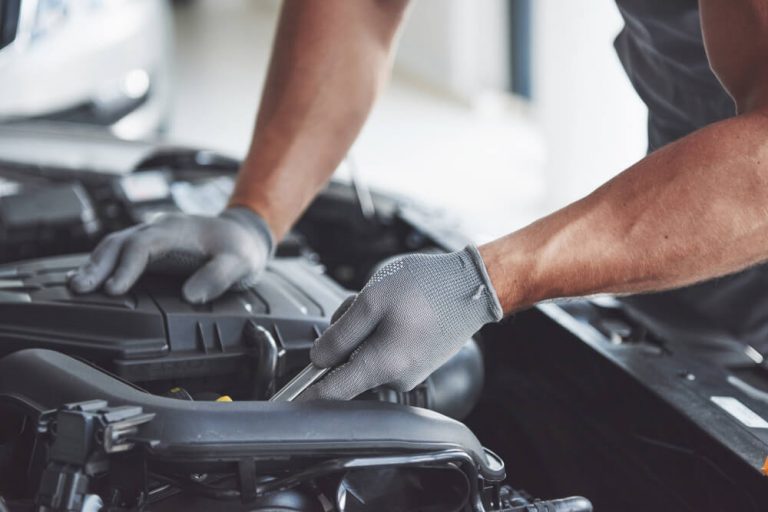 When we turn off our car’s engine at the end of the day, we do not expect random buzzing noises to come from the engine. The noise could be caused by a coolant leak, air around the heater core, and damaged head gasket, etc.

Table of Contents show
1 Why there is a buzzing noise from the engine after the car is turned off
1.1 What is the fuel evaporation leakage checking system?
2 How to fix each issue
2.1 How to fix the reasons why there are buzzing noises coming from your vehicle
3 Conclusion

After a long day of driving around and burning precious fuel, it’s nice to finally turn off the engine for good and head back inside the house or apartment. But what should you do if you go back to your car a few hours later and find that there is a strange buzzing noise coming from your engine?

Does it mean there is a bee living underneath the hood of your car? Does this mean you will have to take it to the mechanic and pay thousands of dollars in repairs?

There are a few common reasons why you would hear a buzzing noise coming from your engine after you turn off your car. Certain reasons are critical to the care and maintenance of the vehicle and are completely normal while other reasons could indicate that there is damage or Ally somewhere in the engine.

Five common reasons why there is a buzzing noise coming from the engine after it has been turned off:

You can actually watch the electric motor and the fans slowly wind down if you turn off the engine and quickly pop open the hood.

Your vehicle could leak coolant, motor oil could accidentally mix with coolant, and water vapor can get into the engine system and come out of the tailpipe as white smoke.

● There is air in or around the heater core, and there shouldn’t be – when this happens, an air bubble will become lodged in the heater core, causing a variety of issues like leakages in the hose pipes and a damaged head gasket.

● There is not enough coolant or air in the coolant system – coolant leaks or not no coolant is one of the most common reasons why there is buzzing coming from the engine after it is turned off.

There’s either a leak in the hose or in the coolant chamber. Also, if the leak exposes the coolant to hotter parts of the engine, you might be able to detect a sweet smell coming from your engine a few minutes after turning on the ignition.

If you suspect a coolant leak in your vehicle, take it immediately to the mechanic and have it checked out. If there is not enough coolant in the engine system for a long enough time, it could cause the engine to fail completely.

What is the fuel evaporation leakage checking system?

As the first point states, the buzzing noise could come from the fuel evaporation leakage checking system, which is part of the EVAP system. But what is this system and why is it important?

The fuel evaporation leakage checking system is a system designed to detect even the smallest leak in the fuel filler cap and the EVAP canister valve. Noise comes from the system because it creates a small vacuum to check for leaks.

The job of the EVAP system is to remove the poisonous vapors that are swirling around the engine system and prevent them from getting out into the atmosphere.

If the city has a lot of smog, then it is likely that they either have way too many cars on the road, or the cars in the area don’t have well-functioning EVAP systems.

How to fix each issue

Luckily, all of the issues that cause buzzing noises after the engine is turned off can be fixed. Some repairs are more expensive than others but don’t wait.

Driving with a damaged gasket, a coolant leak in the system or air around the heater core could be devastating to your entire engine.

The fuel evaporation leakage checking system and the electric motor in the engine are doing their jobs. They may make funny noises from time to time, but it is part of their function. There’s no need to fix them.

The next time you take your car in for a tune-up, ask them to take a quick look at each one. A little routine maintenance can ensure the important parts of your engine are working correctly.

Patch up the coolant leak – A coolant leak can have many causes. If the leak in inside the engine, then go to a mechanic. They may have to replace old hose clamps, radiator hoses, the radiator itself, or patch up a hole.

Grab a coolant bottle and pop open the hood of your vehicle. Remove the radiator cap and step away to avoid splashing coolant. Remove some coolant so that it is easier for the air to bubble up.

Run the engine for a few minutes or until it gets sufficiently warm. Then, turn off the car for up to half an hour.

The air inside the heater valve will bubble up and escape. After half an hour is done, then put the coolant back and close the radiator cap.

This is known as burping the coolant system.

If you suspect that you have a coolant leak, do not waste any time. Get to the mechanic as soon as possible. Not having enough coolant in your engine system is one of the most effective ways of destroying your entire engine and causing total engine failure.